Doctor Necrotic over on Daemons & Deathrays has notes on Steampunk/Weird West/Gaslamp NPCs for D&D 5th:
https://daemonsanddeathrays.wordpress.com/2016/06/01/factory-stacks-and-sixgun-shootists-gaslamps-weird-west-backgrounds-for-dd-5th-edition/ 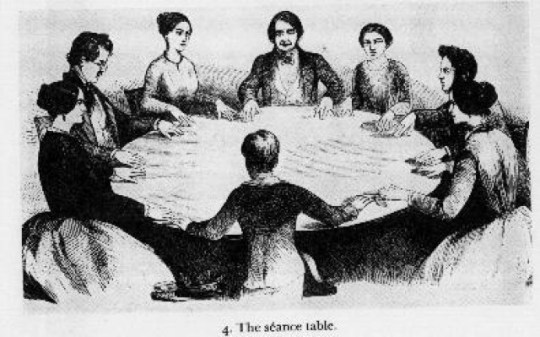 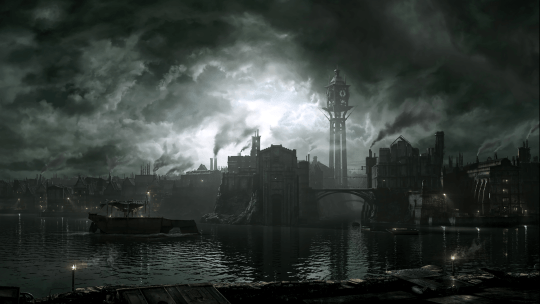 “Truly, this is paradise”

Not all who dwell in dark gaslamp lit towns and cities are called by the darkness.  Some take more heroic and honorable pursuits.  Of course, these people are just as susceptible to the darkness as the more “accursed” among them.  Noble deeds can be tainted and benevolent action can devolve into a fanatical crusade.  But in proper moderation and reflection, these heroes can be true champions of not only their ideals but for others as well.  A harsh society is made all the more overwhelming by the presence of dark forces.  In fighting them, even the most pure of hearts can fall to their wickedness.  Those who are careful prove to be the truest exemplars of righteousness and courage, but few rise up to the occasion.  Like countless others who are forced to take a stand, these mere everyday people must overcome extreme odds for not only victory, but survival as well.

Author’s Note: I tried to write as much as possible for this one!  After all, my last background post was a fair bit skimpier.  With that, I went a bit more overboard by giving you 4 new backgrounds and 2 variant backgrounds!  All of them fit a general 19th century inspired fantasy/horror/adventure theme!  Also, be on the look out for my next post!  It’s a tie in to a certain blog carnival theme for this month!! 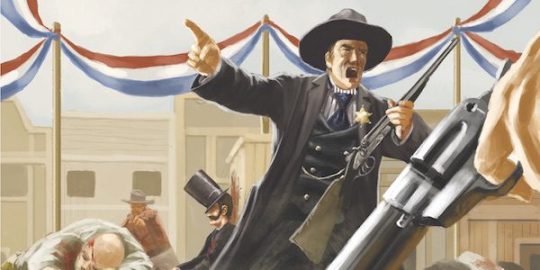 You are a lawman, appointed by an official order to watch over and ensure the peace of a settlement.  In cooperation with the local government, stability and protection are your main priorities.  Whether you’re just a struggling sheriff or a representative of federal law, you uphold your principles to the best of your ability.  For if you fail, the wastelands may consume the very people you aim to keep safe.  That’s what I’ve been telling myself for years.

Tool Proficiency: You can swap out one of the proficiencies to take an Artisan tool that can be used for making posters.

Equipment: Insignia is represented by a badge or emblem detailing position, trophy is replaced with supplies for wanted posters

People recognize you as a figure of authority and power.  Many respect that, others fear it, some even resent it.  Fellow officers will recognize you and react accordingly, depending on how you have handled your job in the past.  You can use your ability to gain access to places otherwise locked off, to utilize resources and to interrogate civilians.  If trusted, you can be called upon to be part of an investigation.  The privileges of this position should be used lightly, as built up resentment can turn the very town you protect against you.

You may swap out any references to military for law enforcement related references. 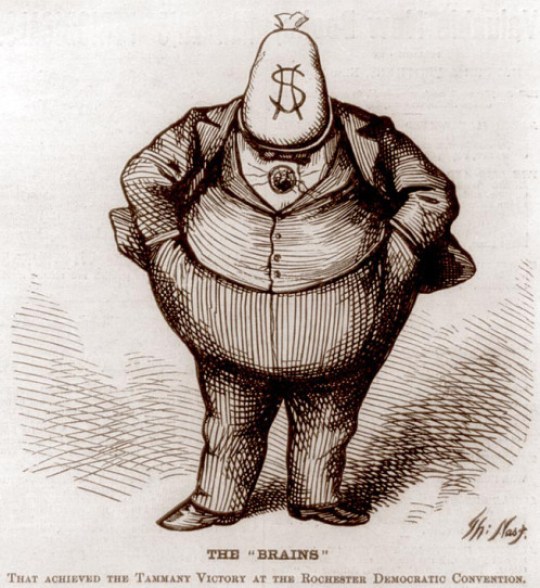 For a civilization to function, governance comes first!  We set the rules, we create boundaries, we do what is necessary for the public’s good.  Some criticize that we sometimes forgo the public interest for furthering of our own agenda, pish posh I say!  We’re one of the few powers that keep sanity in tact, unlike those overpaid and useless constables.  We should replace those oafs with our expert soldiers, then some real progress will begin…

Languages: One Non-Exotic Language of choice

You have the ability to engage a crowd and win them over towards you.  Upon giving a speech for up to a few hours, there is a likely chance you can change the mood of any crowd that is listening one step towards friendly. 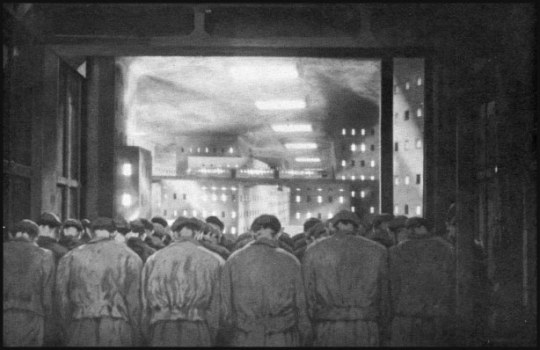 Woe to the lowly worker, forced to work in dirt and grime to ensure everyone else lives a relatively clean life.  Such hard labor is a thankless job, except for the gratitude you might have for completely a lengthy and complicated task.  Most of the time, it’s autonomous.  We’re just cogs in the machine.  Surely, there’s something more for me in this world?  My knowledge of bashing parts together can be useful for something, right?

You can identify other working class people within various industries, relating to their struggles and hardships.  Out of solidarity, many of these people willing to help you in some small way.  This could be helping to find you work, a place to stay or some other deed. 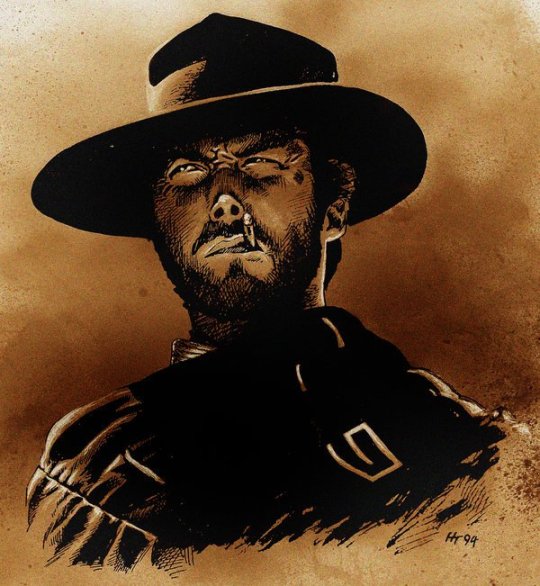 I’ve marched all over this damn world.  Why I’ve done it?  I can’t really say, I guess I just wanna comb the land and see what it has to offer.  I’m no soldier, no hero, no embodiment of an ideal.  I guess I just go where I’m needed or defend myself trying.  Some people can’t handle my indifference towards them, but I can’t really fault myself for not wanting to get too deep into someone’s life or politics.

You’re an enigma, that intrigues and scares people.  You look like you’re the part for a job, but it seems next to impossible to gather your story… not that you’re willing to tell.  People might see you as a potential mercenary or a potential threat, due to your seemingly non existent affiliations with anything or anyone.  How you deal with this is your own decision.

For better or worse, I am your guide into the realms of the supernatural.  Without a proper conduit between our world and theirs, you risk becoming lost… whether in another world or to potentially dark influences.  So please, place trust in me as I take you beyond that which you are accustomed to.

Tool Proficiency:  Instead gain One Gaming Set or Herbalism Kit.

Languages:  Instead, gain One Language.

Equipment: Writing supplies, a cherished item given by a dead friend slain by the occult, a set of common clothes, one piece of paranormal paraphernalia  (crystal ball, tarot deck, a sinister artifact)

You know places you can venture to in order to learn more about the occult.  In addition, these secretive places can provide adequate shelter, provided your allies can remain incognito.  Furthermore, people will seek you out for your somewhat extensive knowledge of the strange and bizarre.

It’s unlikely you have students like the scholar, so much as you’re an active scholar of the supernatural, yourself!  As such, modify the following characteristics from the background as you see fit. 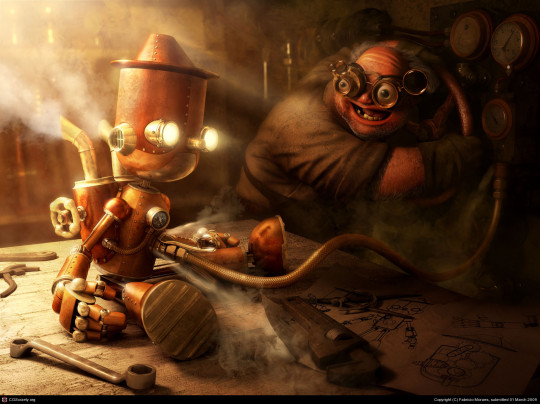 Science is only limited by those who refuse to be creative, those who are bound by petty morals, those who let society do their thinking for them!  I am a creator that is not inhibited by such a constraining and stifling mindset.  Let me show you all that science truly has to offer!

You prefer to commune with other scientists, discussing ideas and showcasing your incredible work.  As such, you have a network of people where you can hide as well as share innovations.  In fact, some may be willing to sell or buy technological items.

NEW ITEM – Advanced Science Kit – 50 GP, 5 lbs: This kit helps proficient users with a greater understanding of science.  From test tubes and beakers to all sorts of minor gadgets centered around gathering knowledge, this is essential for anyone who wants to know about SCIENCE!  Since this is a fantasy game and not realistic, while a proficient user has this tool, they add a proficiency bonus to all Intelligence checks to made to recall anything related to science, scientific inquiry, research into scientific pursuits or the like.