You are here: Home › Review › Film Review: Edge of Sanity 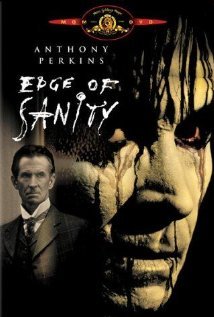 1989′s Edge of Sanity features Psycho‘s Anthony Perkins hamming it mightily as it melds RL Stevenson’s Strange Case of Dr Jekyll and Mr Hyde with the Jack the Ripper murders. The premise has exploitation flick written all over it and the movie delivers, being built on heavy rounds of kinky sex, drug use, brutal murder and 1980s fashion.

It’s the inclusion of 1980s fashion that ought to pique the curiosity of the steampunks in the audience. Instead of going the traditional steampunk route and featuring Victorian fashion that has been giving a post-modern twist, most characters in this film are wearing conservative period garb… *except* when Hyde sinks deep into his cocaine use and he dons a blatantly 80s outfit (including a jacket replete with shoulder-pads big enough to give Brigitte Nielsen pause). And it’s not just Jack Hyde (that’s right Jack Hyde, to make it clear that these are the Ripper killings Hyde’s first name is shifted to Jack and the coroner uses the word “ripped” or “ripping” repeated when discussing the initial victim), all the denizens  of the debauched underworld wear post-new wave 80s fashion (I’m pretty sure I spotted a mohawk on one of the members of the string ensemble the first time Jack visits the films central den of iniquity). The prostitutes all look like they shopped at the same stores that catered to those girls who cloned early Madonna: all bustiers and black crucifixes (I’m not exaggerating here, the first girl to go under the knife even has the iconic “BOY” belt buckle). It’s an interesting effect, actually, and could be put to good use by a skilled steampunk story-teller. Imagine a world where most people look like respectable Victorians and the under-classes don’t just have elements of punk (rock) culture they ape them to a “T”…

Getting back to the film, in the end Edge of Sanity isn’t really about Dr Jekyll or Jack the Ripper: it’s about the personality destroying effects of cocaine use. (The drug is blatantly cocaine yet the “C” word is never uttered in the movie.) As such it’s less an Victorian parable and more a 1980s morality tale. Sadly the skill of the film makers is below average at best. 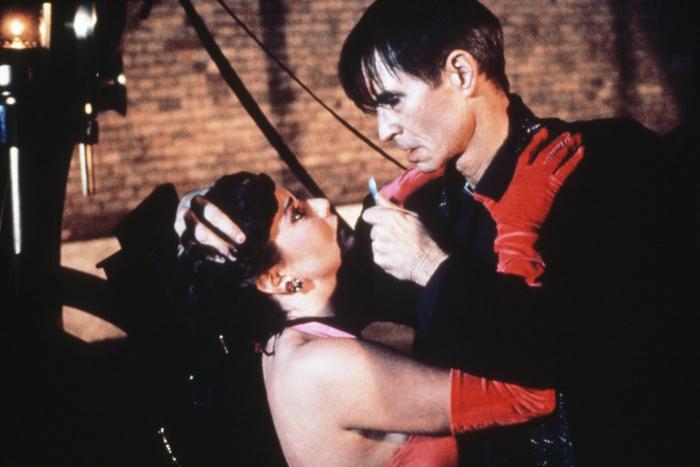 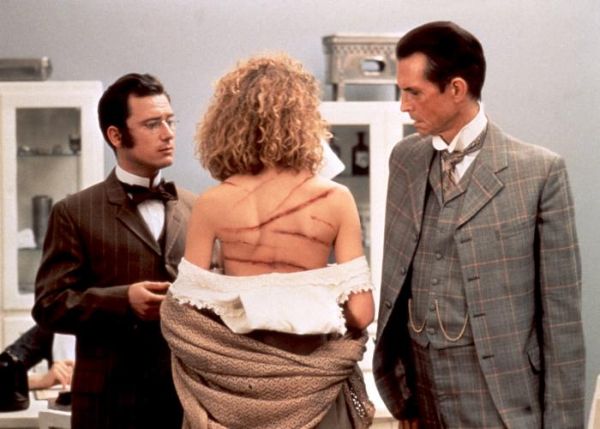