You are here: Home › Free Games › Free RPG: Legends of the Untamed West 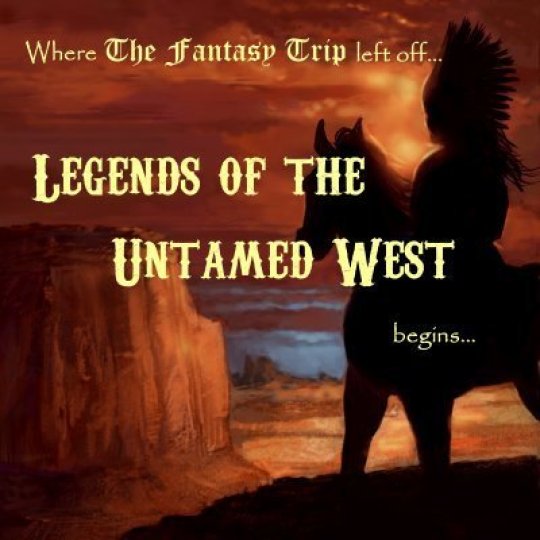 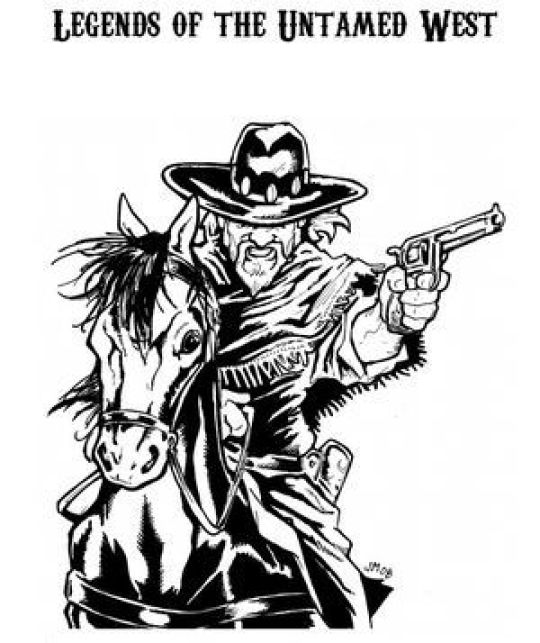 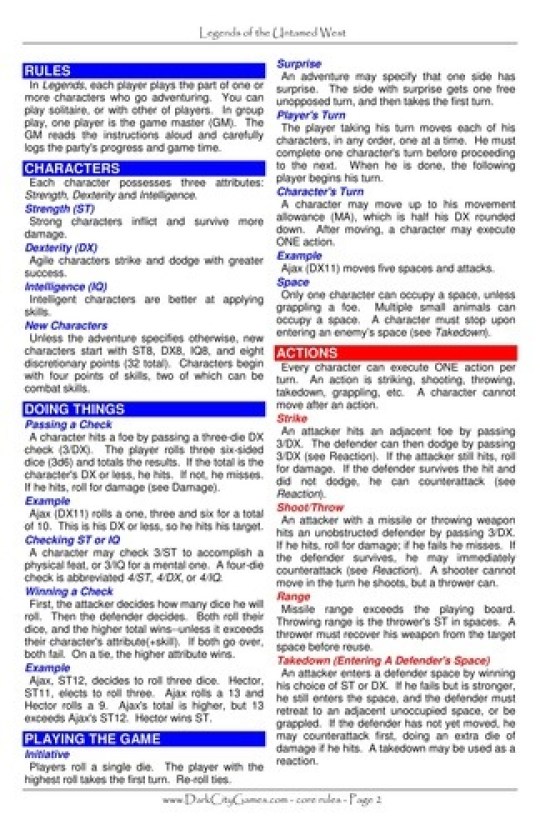 They have one western module/”programmed adventure”* for sale: “Blood in the Dirt”
http://www.darkcitygames.com/display.php?series=luw&id=15

It is 1856, in the far reaches of Kansas Territory, at the base of the Rocky Mountains.

Weeks ago, military authorities at (the new) Fort Bent sent out a small party of six cavalry soldiers to punish raiders for stealing sheep, kidnapping women and children, and murdering men from American settlements. But it’s been too long, and the cavalry soldiers have not returned. It is your job to find them, or at least find out what happened to them.

Your first stop is the Smith settlement, one of the victims of the raiders. There you will meet Mrs. Smith and her four children and garner whatever information available.

It is now October 15, and by November 30th, you must be passing back southward through the Smith settlement to escape the raging blizzards of winter. It has already snowed in the highest mountain passes, and travel may soon be curtailed, if not shut down completely. You must move quickly, before it is too late. 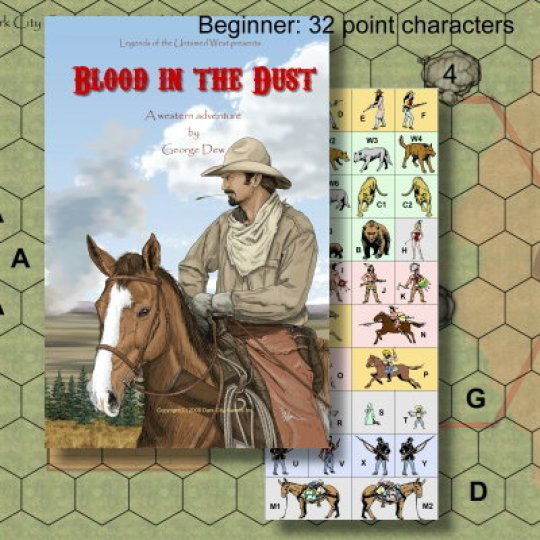 They are designed for solitaire or group play. All components (except dice) are included–the adventure booklet, rules, pieces and board.