Battlefield Press is kickstarting a new version of their Gaslight: Victorian Fantasy RPG for use with 5th Ed Fantasy*:
https://www.kickstarter.com/projects/battlefieldpress/gaslight-victorian-fantasy-for-5e-fantasy 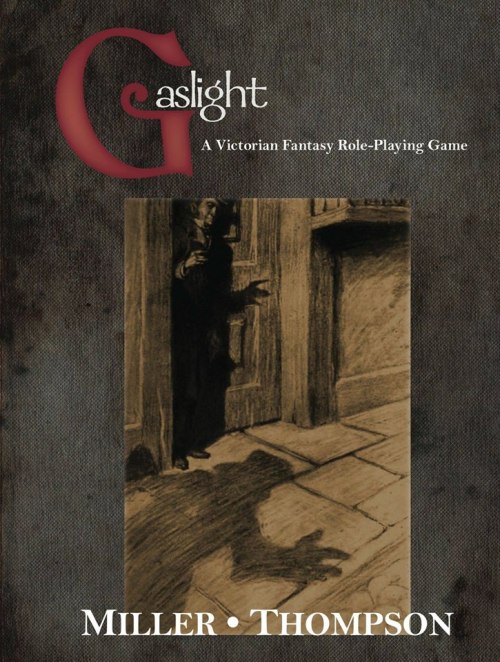 Imagine a Victorian world, but not as history tells us it was, but as the literature implies that it was. Believe that the literature from the period were more than just stories, but instead first hand accounts of the events that happened in the world. Imagine a world populated by the lost boys of JM Barrie, the Beast Men of Dr Moreau even tales of an immortal vampire named Dracula. Included in these are organizations bent of determining what is best for humanity, and they have launched a secret war against others so that only one will prevail.

Here in the world you can be a Detective, an Officer, a Rogue, an Acolyte or an Adapt. All the races, classes and abilities converted to the Fifth Edition game engine by the talented Alan Bahr.

“Gaslight is certainly more of a sandbox game. You are given the world, the rules and then let go. There is no over arching plot or theme like Rippers or Ghosts of Albion. It is, in feel, much closer to the old Ravenloft: Masque of the Red Death game. Which is pretty cool.” – Timothy Brannan (author of the Ghosts of Albion Role Playing Game)

What is inside this book?

We present the following races for Gaslight –

Beast Men: Beast men were rescued from their creator Dr Moreau, from an island in the South Pacific. There are several different types of beast men, but the more active are Bat, Bear, Cat and Dog. Each of these are detailed in the character section of Gaslight.

Humans: We are all familiar with humans, they are the same as in every other game. There are not a lot of alternations for humanity.

Pixies: Agents of the Farie King Oberon, Pixies were sent to the prime plane from the Isle of Avalon to keep an eye on things for the Farie King, who currently has his hands full trying to stave off a possible civil war.

Vampires: Vampires are creatures that run around and are capable of living off the blood of other creatures. They resemble humans, but are stronger and heartier. They are also capable of surviving outside during the daylight hours

Werewolves: Werewolves are shapeshifters that possess the genetic ability to turn into a wolf / man hybrid. They have a limited immunity to silver, but are affected by the moon. Since they are genetic they can not transfer their affliction to anyone else by bite or scratch.

Wildings: Wildlings are mischievous fey who appear as children between the ages of 9 and 15. They are dedicated to adventure and the elimination of ratlings,

In addition to playing these races, you have new backgrounds, new spells, and new classes. In addition to all of this you have write ups on the setting and the secret organizations that running the show which can be used as factions.