On the Ghost Lines

It is the year 891 of the Imperium that united the shattered isles of the cataclysm under one rule — all glory to his majesty the Immortal Emperor.

You work the ghost lines—the electro-railroad that passes through the ink-dark deadlands between cities. Spirits of the dead, drawn to the vital essence of the living, often get entangled in the powerful electrical field generated by the trains. Line bulls like you walk the length of the cars, magnetized boots clanking and breather-mask hissing, to clear the offending spirits with your lightning-hooks before they do too much damage.

Each city of the Imperium is encircled by crackling lightning-towers to create an electrical shell that spirits cannot penetrate. By law, all corpses are incinerated with lightning-oil (to destroy the spirit essence within) but sometimes, wealthy citizens, heretics of the spirit cults, or the criminal element arrange for a ghost to escape destruction at the crematorium.

So called “rogue spirits” are also dealt with by bulls like you. For a fee, of course. 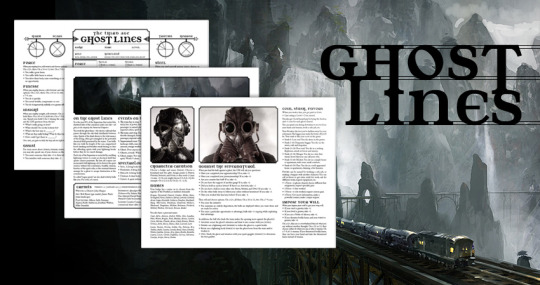 Ghost Lines is a free “quick-start roleplaying kit, based on the system from Apocalypse World” by one of my favorite game designers, John Harper.

As I mentioned it is a FREE download, you have nothing to loose and you’re bound to be inspired. 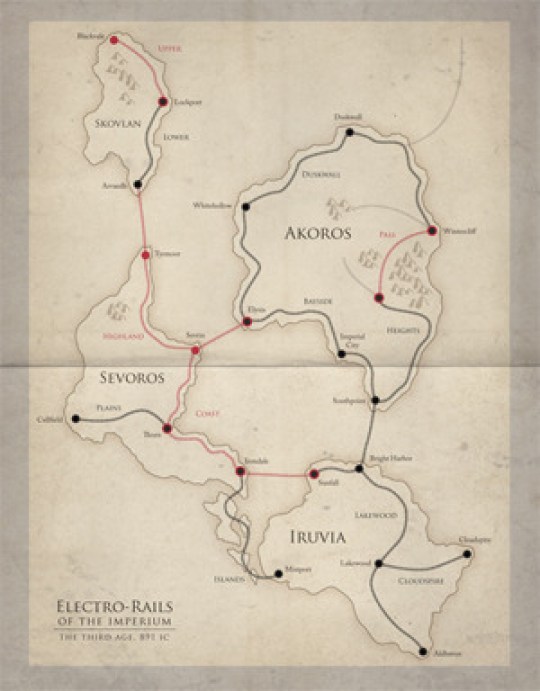 While you’re at John’s website check out his other fine & free games.