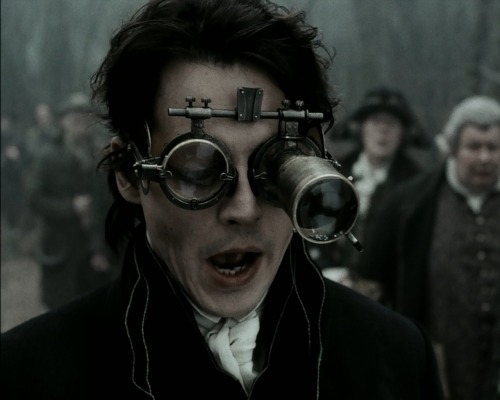 In a Nutshell: Monster hunting horror in Colonial America.

The Story: School-teacher, scholar and part-time occult investigator Ichabod Crane told Washington Irving that he’d found nothing but a hoax in the town of Sleepy Hollow. He had to: the truth was far too horrible. And the headless horseman the legends spoke of was just the tip of the iceberg. When the natives had left, they had taken their rituals and their seals with them, and now the spirits are rising up anew, and catching the imagination of a terrified, puritan populace. Willow-wisps glide through the demon-haunted woods that lie beyond every tiny, isolated settlement. Witches make dark pacts with darker gods, and seduce young girls to join their abominable cults. The New World promised hope and manifest destiny, but it holds more danger than any settler ever imagined.

To reveal the truth would be folly; it would only cause panic. Instead Crane retired from the world, took his newly-inherited endowment and began recruiting his own private militia. Dubbing them the Countryside Irregulars, they wear dark coats and black felt tricornes, the better to move amongst the darkness. They do carry badges as well, however, professing their allegiance to protecting the New Colonies, and in the frightened villages, a badge and a musket carries a great deal of sway. So it is that they listen to the rumours and the fireside tales, to stories of monsters, ghosts, and witches, or mysterious disappearances and restless spirits. Then these brave men ride to those towns, and root out the monsters in the darkness, and put the spirits to rest. For if they do not, no-one will – and the tide of evil seems ever-growing…

Style and Structure: Monsters-of-the-week don’t just make for great TV shows, they are a perfect model for an RPG campaign, as everything from Call of Cthulhu to Witchhunter: The Invisible World proves. So far, gamers have been resistant to the various attempts to market a RPG based in colonial America but that doesn’t mean that the setting isn’t rich with potential. The visuals are fantastic, and the source material enormous, and the potential for your basic fantasy adventure style is unlimited. Rifles and swords are of equal use against enemies, and barrows and caves gape like dungeons, full of any manner of beasties guarding everything from ancient Aztec gold to enchanted Viking weapons. So almost every D&D adventure could be converted, while at the same time, almost every Call of Cthulhu one can as well. The nice thing about horror is it can happen anywhere, from anything. And having a pre-existing society to provide orders means your plot hooks are as simple as another sealed letter from Crane, attached, perhaps, to the leg of one of his famous black ravens. In short, this basically runs itself.

PCs and NPCs: One expects that Crane, needing as many men as he can but unwilling to trust most, cannot be too picky about whom he selects for his militia. Ex-soldiers, sailors and constables make a lot of sense, as do scholars, surgeons and students of natural science. But in desperate times, Crane might recruit anyone from the streets of New Amsterdam, from cut-throats and smugglers to school-ma’ams and socialites. The potential for supernatural characters is also wide open, depending only on which magic system you are using.

Monsters of the week don’t need many recurring NPCs, and Crane himself is better kept distant and remote. Perhaps, however, he has messenger boys and associates across the colonies, and a few may become familiar. There’s also plenty of historical personages (and events) for the PCs to encounter – maybe Ben Franklin was doing more than just experimenting with electricity that night, and perhaps Nathaniel Hawthorne was talking about more than just adultery in the Scarlett Letter. Both PCs and NPCs alike could also play around with younger or older versions of historical types, because there’s precious little as awesome as an ass-kicking president. Maybe Washington really cut down that cherry tree because it was inhabited by a rageful dryad.

Plots and Villains: Individual plots have been discussed above, and again, the source material is just bursting with witches, demons and mysteries. It would be criminal not to work Virginia Dare and the Croatoan story in there. The Croatoan is no doubt rising up again, demanding an even larger blood sacrifice, and the now much-grown Dare is his prophet, as well as a terribly powerful sorceress.

Don’t forget less supernatural enemies, however. No doubt Washington Irving is trying to expose Crane’s secret, already having encountered the little men who made Rip van Winkle sleep so long, and will do anything to get his story. The legitimate authorities and their redcoated soldiers may also impede investigations, as can terrifying encounters with the still vastly misunderstood (and often extremely hostile) native people. And most of all, let us not forget the towering figure of the church. Most early settlers were religious refugees, full of passionate fervour for their particular branch of Lutheranism or Protestantism, and such powerful belief leads to all sorts of fear, oppression and secrecy. Are the Church in on it, or waging their own war? Are the persecutors of the Salem witch coven saviours of the world, just like the Irregulars, or are they blood-hungry zealots condemning innocent girls for daring to break their insanely strict taboos? 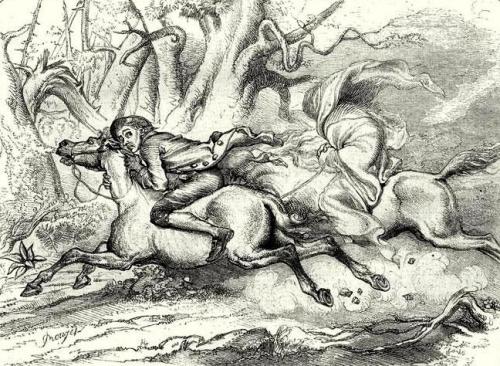 Sources: There’s just far too many to list. Tim Burton’s Sleepy Hollow movie is a very important source, but for equally stunning visuals of the wild world beyond the Hollow, check out Lothaire Bluteau’s brilliant Black Robe. Over the last decade, we’ve also been blessed with film versions of Hawthorn’s The Scarlet Letter, Fennimore Coopers’s The Last of the Mohicans and the Salem witch trials in Miller’s The Crucible. Although set in France, the visuals and tone of Brotherhood of the Wolf is also useful, and although mostly set in the modern day, the characters in the 80’s time-travel cheesefest Warlock are good inspiration for heroes and villains alike. Finally, Irving’s prose can be dense, but his stories are very worth reading, as are Hawthorn’s – who also went on to write great American horror, fifty years before Lovecraft picked up a pen.

RPGs: Northern Crown had a go at the setting, and apparently did it very well. Witchhunter: The Invisible World is set primarily in Europe but is the right period and the New World is detailed briefly. Other Victorian games like Unhallowed Metropolis and Rippers can also be taken across the pond (in fact, the classic Castle Falkenstein did just that with its Six-Guns and Sorcery supplement). Deadlands is a century too late but is still a good model – just set it back East and take away the six-guns. Call of Cthulhu can also be fairly easily scaled back (or forward, if you have the old Elizabethan supplement). Pirate games like Skull and Crossbones or Pirates of the Spanish Main don’t need an adjustment of time but one of location – just replace the sea with the wild woods of the Adirondacks, and you’re good to go. 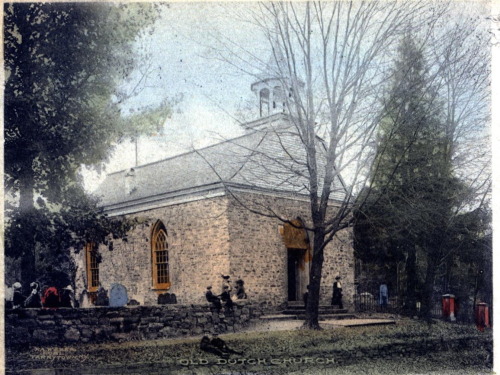