You are here: Home › Articles › Kareem Abdul-Jabbar to Publish a Novel About Mycroft Holmes

Kareem Abdul-Jabbar to Publish a Novel About Mycroft Holmes

Set in England and Trinidad, the story centers on Mycroft, a recent university graduate working for the British Secretary of State for War. Mycroft learns from his best friend of troubling events occurring in Trinidad — mysterious disappearances, dead children and strange, backward facing footprints in the sand. Mycroft goes to Trinidad to investigate and to follow his fiancée, Georgiana, who was raised on the island. Sherlock has a cameo as a King’s College student.” 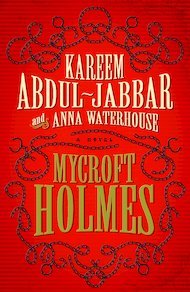