You are here: Home › RPG › kickstarter: Perils of Mars

Hot on the heels of Revelations of Mars (the swords & planets sorcebook for HEX), Jeff Combos is back with Perils of Mars:

“The hunt for a legendary sky pirate’s treasure. A cursed city risen from the sands. A wayward expedition stranded on the Red Planet. A desperate quest on a mysterious Martian moon…

Perils of Mars contains four pulp adventure scenarios set on the dying and dangerous Red Planet. Player characters will set sail with sky pirates, investigate the ruins of an infamous city, explore a forbidden moon, and search the Martian wasteland for a way home. Each of these adventures can be played by itself or as part of an existing campaign. They can also be linked together or used to launch an epic tale of your own creation. The choice is yours!” 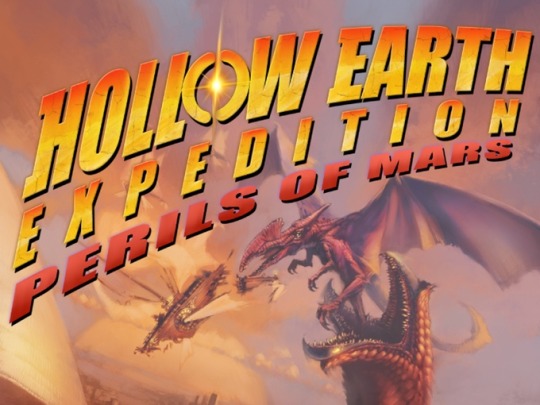 “Perils of Mars also delivers optional rules and expanded setting material for Gamemasters, including ancient treasures, boarding actions, lunar locations, and more. Use this information to enhance and expand your existing characters and adventures or as inspiration to create brand new stories.

Grab your sword, climb aboard your rocket ship, and get ready to blast off for some out-of-this-world adventure!”

Missing something from your HEX Library? Check out what’s for sale here:
https://www.exilegames.com/index.php/products