You are here: Home › Horror › Kickstarter: Weird War I

Pinnacle Entertainment is preparing to unleash their newest volume for the Weird War series: Weird War I

“Things not of this earth crawl through the corpse-choked mud of Flanders. Shapes beyond imagining shamble in the murky chlorine clouds that drift across the Ypres battlefield. Scaled things rise from the dark waters of the Pripet Marshes. Long-dead remains of criminals executed by Romans claw their way toward a sun they haven’t glimpsed in a thousand years.

The world is at war…a war to end all wars.” 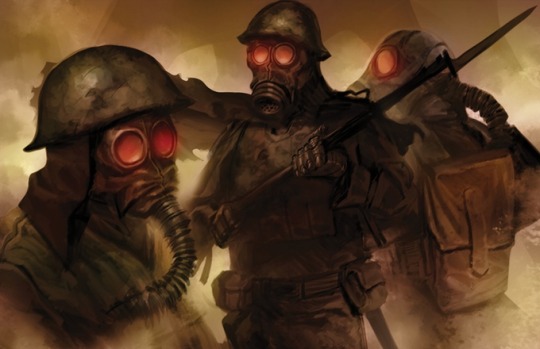 “Weird War I is the latest entry in Pinnacle Entertainment Group’s Weird Wars series. The Twilight Legion has so far marched across the battlefields of Rome, Vietnam, and World War II. Now our intrepid soldiers, sailors, airmen, and even civilians must endure the mud and trenches of what would become known as World War I.”