You are here: Home › Horror › Out Now: Leagues of Gothic Horror 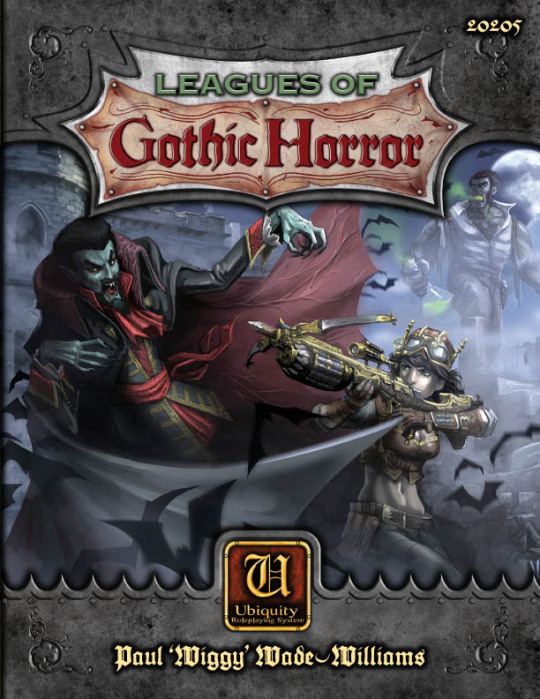 New for Leagues of Adventure:
“Light your lamp, check the doors and windows are locked, and prepare to enter a world where the arcane and occult are very real.

For all of mankind’s advances in science, the world remains a realm of mystery and supernatural occurrences. The Victorian Era is the age of sinister fictional and historical villains, such as Count Dracula, Mr. Hyde, and Jack the Ripper, and an age when interest in the occult reaches new heights.

This major expansion to Leagues of Adventure is one of restless spirits and haunted houses, crumbling castles and Gothic architecture, fog-shrouded streets and deep forests, decadence and decay, secrets and madness, in which the supernatural defies the rationality of science and cold logic.

Within this book you will find: