Most folks outside of Italy probably aren’t familiar with the cinematic strong man Maciste, a character (portrayed by Bartolomeo Pagano) who was featured in over 20 films from 1914 to 1927. His legacy in Italian film was sealed when a Hercules-like character was given the name and then starred in 25 “swords and sandals” films between 1960 and 1965.

Just read the wikipedia for a crash course in Maciste: http://en.wikipedia.org/wiki/Maciste

Today the Sepiachord Crew watched the third to last of the original Maciste movies: 1926′s Maciste all’inferno (Maciste in Hell).

The version we watched was released by Grapevine, and we rented it from Seattle’s legendary Scarecrow Video. 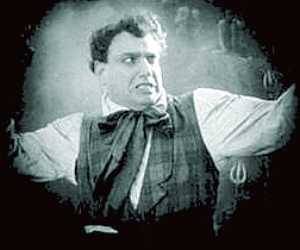 the titular Maciste, note the pitchforks in the background

In this film the physically (and morally) strong Maciste portrays a 19th century gentleman who gets hassled by top-hat wearing, moustache twirling devils who’ve come to Earth basically to give someone a lousy day. These hellions have picked the wrong man. 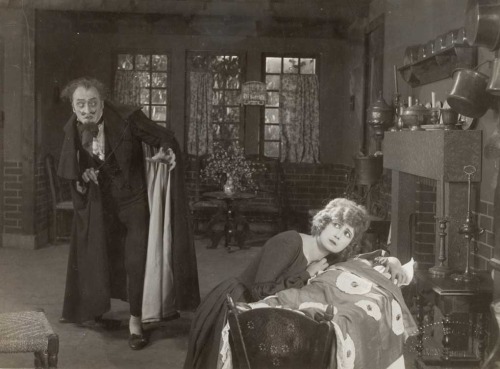 After failing to impress the man of muscles the main demon, Barbariccia, opts to mess with his cousins baby (while Maciste is off informing a local nobleman that he WILL do the right thing by Maciste’s unwed, but baby having, cousin… OR ELSE). Maciste foils Barbariccia but gets pulled down to the netherworld anyway… and then THINGS GET EPIC. 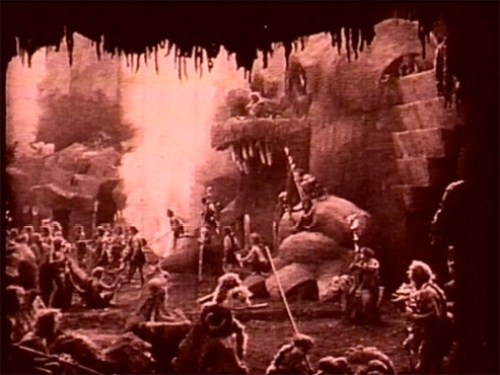 Hell feels massive in this film, and is peopled with… well, LEGIONS of devils. The classic horned and goat-legged look is opted for when it comes to the male fiends (to good effect) but the lady devils are given surprisingly revealing costumes. 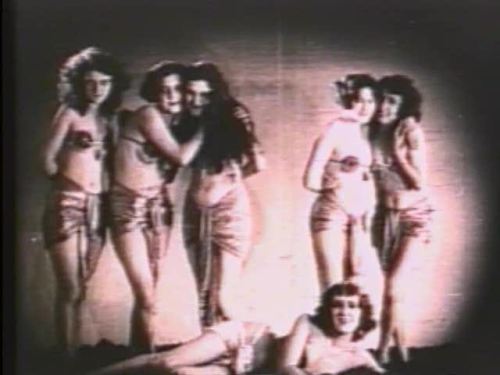 Maciste kicks a little devil butt, but is informed that he can’t stay… unless he kisses a she-demon… then HE IS DOOOOOMED! Pluto, the king of the underworld, has a fetching wife and daughter (both in the afore mentioned sexy outfits). These hotties have no intention of letting such a fine specimen of a man get away… 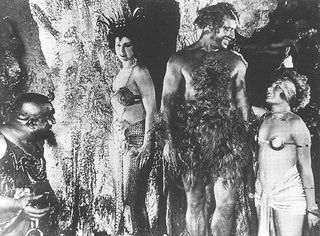 it’s not everyday that the lord of hades gets cuckoled 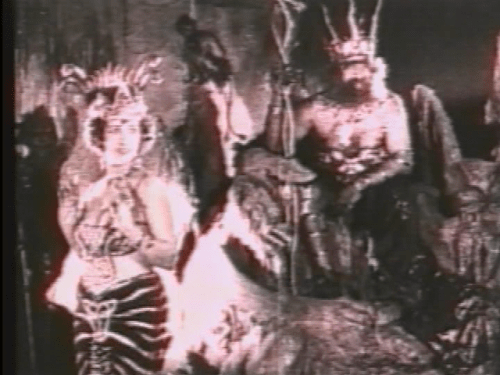 Before long the treacherous Barbariccia leads a coup in Hell, Maciste kicks much tail, visiual homages are given to Dore, remarkably good special effects are used to amazing results, Maciste is turned back human, then recaptured and chained to a cliff the the Hell Queen’s “amusement”, finally this all leads to a HEART WARMING CHRISTMAS MIRACLE! 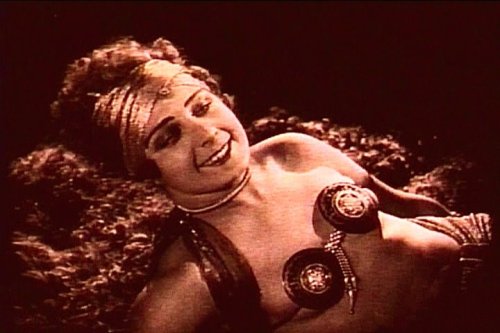 This is now one of our favorite “pre-talkie” films EVER.