You are here: Home › News › OneDice Steampunk – Back on the Page

OneDice Steampunk – Back on the Page

Cakebread & Walton’s Steampunk source book for their OneDice system is once again available as a physical book:
http://www.rpgnow.com/product/133363/OneDice-Steampunk?manufacturers_id=4595 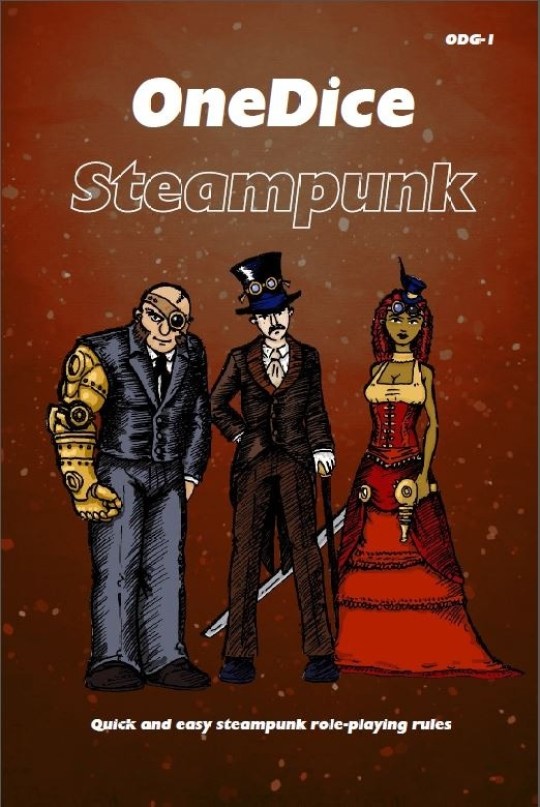 “OneDice Steampunk is a game of Victorian science fiction adventure in a world on the brink of war and revolution. Aerial steam carriages streak across the skies, steamtanks rumble along the ground, and the automatons keep the factories moving.

Whether you want to play steampunk games in a world of your own devising, or adventure in the ready-made alternate 19th century described within, all the rules you need are in this book.

There are additional “skins” for adding Gothic Horror, Lost Worlds, automaton and child Adventurers to your games. Grab a copy of OneDice Universal and you could also add magic, spaceships or superheroes!

Whether you’re a lordly Have or a poverty-stricken Have Not, all you need is a stiff upper lip and a pair of goggles and the sky’s the limit! 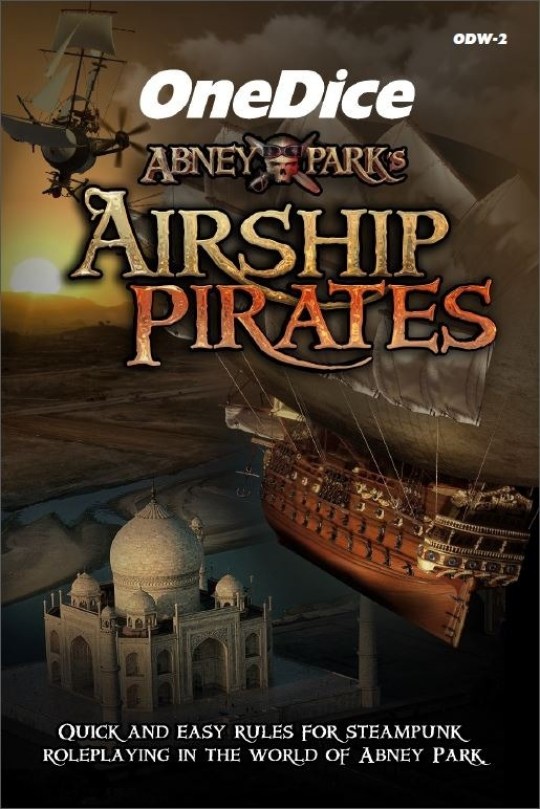 “OneDice Abney Park’s Airship Pirates is a game of swashbuckling adventure set in 2150, following the Great Apocalypse of 1906. From the steampunk sky-cities of Isla Aether and High Tortuga come the airship pirates! Below lie beast-haunted wastelands, criss-crossed by the tracks of the freedom-loving Neobedouins. In the walled, fog-shrouded cities, people huddle in forced Victorian squalor, lorded over by the upper classes, while the Emperor’s clockwork policemen prowl the streets…

The OneDice system is easy to pick up and play. Everything you need to play (except for pencils, paper, and an ordinary six-sided dice) is in this book.