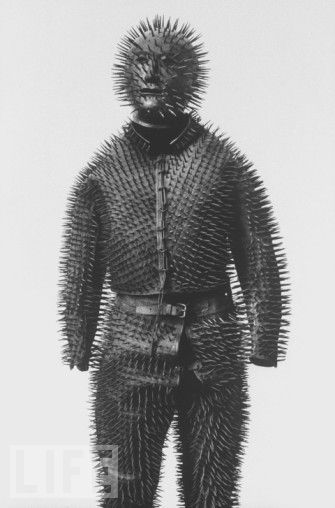 i09 has some thoughts on the above image:

We’ve seen some deranged vintage body armor before, but nothing as gutsy as this costume, which transformed the wearer into a 19th-century Pinhead. A commenter on the Foundation of the American Institute for Conservation message boards had this to say about such a suit in 1998 (we’re assuming this description refers to this particular regalia):

I suspect it is more likely to be for bear bating than hunting, since I can’t imagine anyone could run around the woods in it. It consists of leather pants and jacket (and an iron helmet) studded all over with 1-inch iron nails about 3/4 in. apart. The nails are held in place by a second layer of leather lining the whole thing and quilted into place between the nails.

Troy Hurtubise, eat your heart out. For another missive from humanity’s unceasing ursine shadow war, see this brief overview of modern bear wrestling.

I contacted a representative of photographer Malcolm Kirk regarding the above image.

They could confirm the following:

The photo is by Malcolm Kirk.

It has never been licensed to Life Magazine and has not/should not have ever been published in that periodical. They don’t know how the Life watermark ended up on the image. 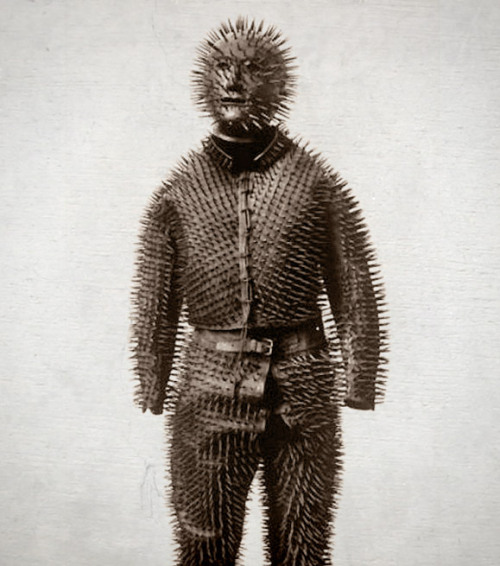 “This is not Steampunk Pinhead. This is not the formal tux of Ron Maiden, lead singer of Iron Maiden. This is a Russian Bear-Hunting Suit. Or at least that’s what it says whenever this picture pops up: “Russian Bear-Hunting Armor,” “Siberian Bear-Hunting Suit,” “18th Century Bear Armor.” Whatever, it’s generally agreed that this is insane and Eastern European, and has something to do with bears. Which, to be fair, is true of pretty much all of Russian history. Dig a little deeper into the comments, though, and you’ll usually find some controversy: This isn’t real, they say. It’s actually part of an exhibit in the Menil Collection called Wunderkammer.: 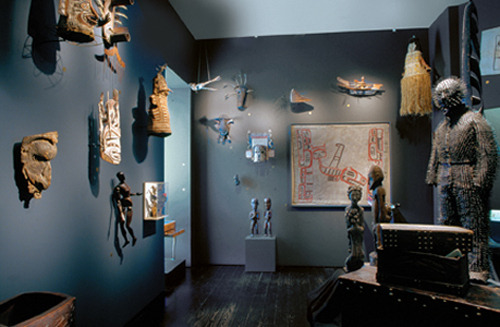 Wunderkammer is a surrealist “room of wonders” where objects that have inspired various surrealist artists are displayed. Buzzkill Internet assholes (like myself) love to point out that this suit is just an art piece and not likely to have been used to wade through an ocean of furious, impotent ursine opponents. However, those buzzkilling bastards are missing some vital information: The plaque beneath this suit reads “‘Wildman’ costume, 18th or 19th century, Germany or Switzerland. Two-piece leather hunting suit with wood spikes and iron chain.” See, Subsonic the Hedgehog up there is not a surrealist art piece at all — it’s just a piece that inspired a surrealist artist. This bear suit was, at some point, earnestly built for use by hunters. So back in the 18th century, a bunch of Swiss got together and pondered the question of what could be done about the gargantuan slavering predators that kept hugging them to death.” 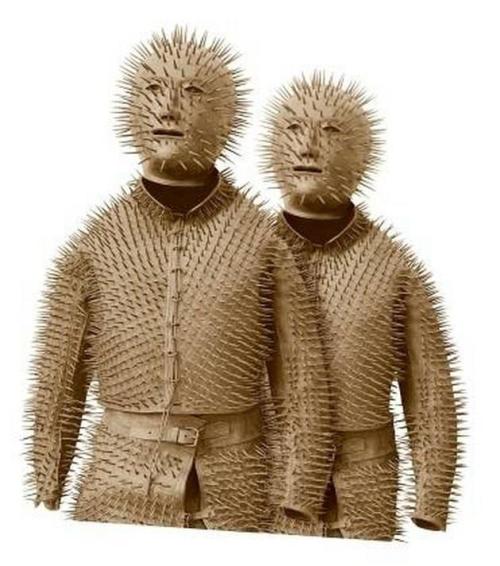