2Die10 Games, the folks behind the nifty Excelsior RPG, have released a new setting for the innovate Dungeon World RPG.

“A Steampunk Pen and Paper RPG drawing inspiration from the classics of literature that gave rise to the Steampunk movement!

Steam World is a brand new setting for use with Dungeon World, but has some great materials that can be used in your own campaign, regardless of rule system. It is a world of Victorian Science Fiction (aka steampunk) that is inspired by the works of authors such as Jules Verne, HC Wells, with a little bit of HP Lovecraft and Lewis Carroll thrown in for good measure. Steam World is quite diverse and provides for diverse steampunk adventuring whether it’s in the sprawling Victorian metropolises, dinosaur filled uncharted islands, or city sized caverns beneath the surface of the world.” 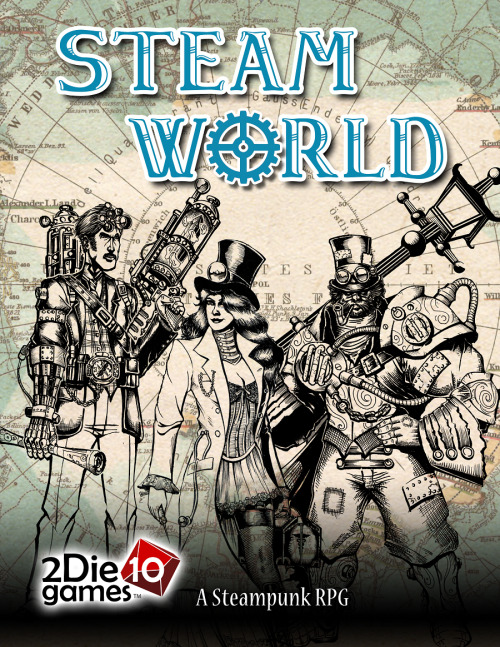