You are here: Home › Articles › War of the Worlds: The Remains (Savage Worlds)

War of the Worlds: The Remains (Savage Worlds)~

“War of the Worlds:The Remains is an additional resource for the Savage Worlds Role Playing Game set in a Steam-Punk era. The product includes a detailed setting, art, and additional rules including nationality-based edges and hindrances.

The Martian invasion has left ruin in its wake, but mankind endures. In the Edwardian Era, the great national powers compete for the Remains- the valuable technology of the defeated Martian. It is a time of fantastical machines in a world of rising tensions. Agents from the major powers operate at home and abroad in their quest to gather Remains, meanwhile, Mars is not done with Earth- not by a long shot.” 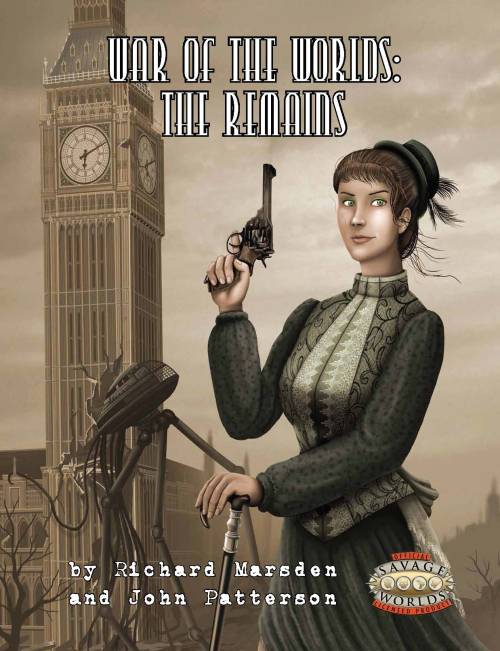