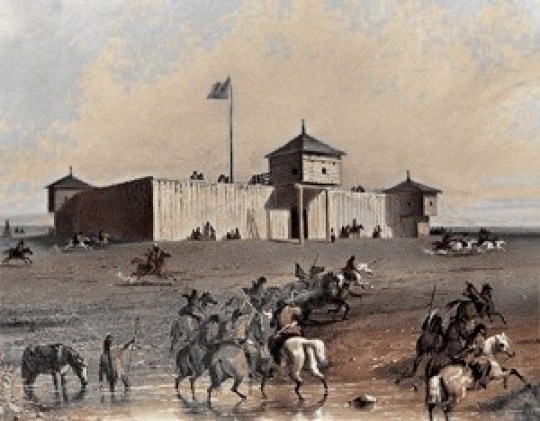 Brazen daylight robbery of the U.S. Army payroll on its way to Fort Laramie leaves 5 dead and three wounded. Over $12,000 in silver and gold coins were taken and the bandits are still on the loose. 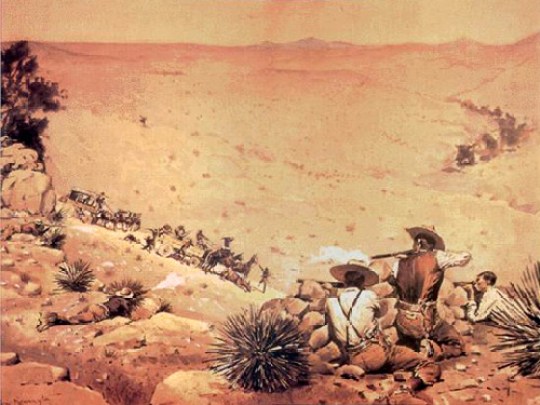 News of the robbery quickly spreads south to Denver. The theft occurred just over 30 miles north of Denver near the town of Erie. Rumors conclude the mayor of Caulfield, Joseph Webb, was involved. U.S. Marshall William Frank begins to organize a posse to seek out the gang. If the PCs are law men, they will be tasked with aiding in the search or they can volunteer.

Webb is indeed the ring leader. He along with his son, William, brothers Lyman and Warren Follett, and a dozen or more cowboys attacked the payroll shipment. The shipment was lead by Captain Joseph Whim who was accompanied by Corporal Isaiah Meade and ten enlisted soldiers.

The payroll party was travelling along a narrow roadway along a moderately narrow canyon. As the party neared the narrowest portion of the canyon, gunfire erupted from both sides. The Army detachment was quickly pinned down. Four members were killed immediately including Captain Whim and 3 soldiers. Taking command, Corporal Meade eventually called for a retreat as his force was unable to defend the payroll wagon.

Five masked men descended the west canyon wall and escaped with the payroll strongbox. Shortly afterwards, the bandits stopped firing and one of the uninjured soldiers was able to ride for help. Unfortunately, another soldier succumbed to his wounds before aid could arrive.

The bandits have escaped into the mountainous terrain near Lyons, Colorado. Currently holed up in a remote canyon, most of the members are planning to ride over the mountains and head south into New Mexico. Webb plans to use their share of the theft to fund payment for business contracts he signed but could not meet. Those contracts include supply orders for beef and feed to the U.S. Army.

If the bandits are tracked within 3 days, they still be in the canyon near Lyons except for Webb and his son, who return to Caufield the day after the robbery. They plan to rendezvous with the other bandits on the 4th day near Boulder, Colorado to gather up their share of the payroll.

This adventure is based on the Wham Paymaster Robbery in 1889 Arizona. Should you need a geographical aid for Colorado, you can use the 1895 Map. 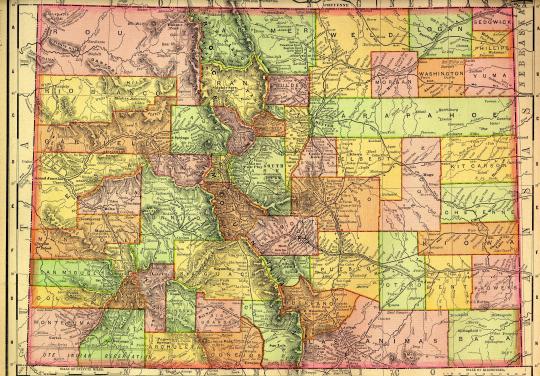