You are here: Home › Adventures › A Dispute over Spirits: A Short Boot Hill Adventure 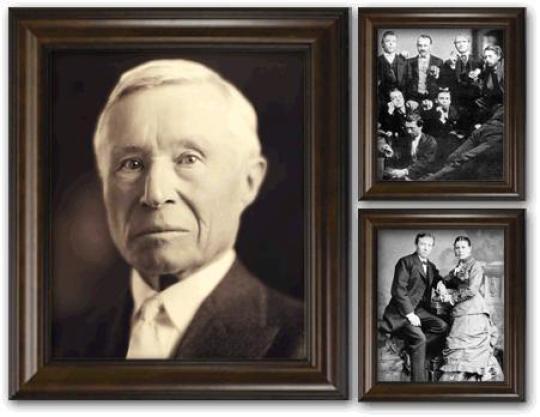 A silver boom has hit Creede and the miners are thirsty. Two Denver brewers vie to dominate the market.

The silver rush in Creede, Colorado has just begun in earnest. A market of thirsty miners consume every bottle of liquor that makes it into town — most of it sold directly off the delivery wagons. Two brewers and liquor merchants are vying to dominate the insatiable thirst of the miners and settlers.

Adolph Herman Joseph Coors, founder of The Golden Brewery (aka Coors Brewery) has teamed with a local liquor importer, Walter Murray, to ship beer and spirits to Creede via train and then wagon. The effort is well funded and supplied due to Coor’s connections to the area.

Unfortunately, Colonel Charles Thorne (owner and proprietor of Apollo Hall) and his business partner, Elijah Overton, have begun regular shipments to the Creede area. Overton is the lead in the effort is sending weekly wagon trains filled with liquor and beer of questionable quality. Overton has no interest in a competitor springing up and eroding the massive margins on cheap booze.

Overton and Murray were seen in a heated argument over the business in Creede. Overton failed to dissuade Murray and has resorted to hiring ruffians to disrupt the Coors/Murray shipments.

The first shipment of Coors products is lost just west of South Fork as it entered the narrow trail heading northwest into Creede. Although no one was injured, the trail boss and several drivers reported seeing masked men skirting along the cliff overlooking the trail.

Murray and Coors are incensed with the failed delivery. They begin hiring outriders to protect the next shipment of six wagon loads of beer and liquor. The PCs are approached by Murray as potential outriders. [Alternatively, they can be hired by Overton as bandit robbers to disrupt the next shipment if they are of questionable morals.]

Overton has learned of the next shipment and has instructed his employees to raid the shipment after it leaves Del Norte. They are instructed to capture the shipment but avoid harm to anyone if possible. The stolen shipment will then be diverted to the Durango/Silverton region. All contents, wagons and horses are to be sold to Ike “Big Boy” Sullivan, a unscrupulous merchant operating in the area. The bandits can split any proceeds from the sell among themselves as a bonus.

If the second shipment is lost, Murray will immediately begin to organize a third shipment under heavy guard. Coors will balk if any lives have been lost and eventually pull out of the partnership. However, he will still sell beer to Murray but will not condone any violence.

Should the second shipment have been sold by the outlaws, most will fail to respond to another order from Overton. Instead, they will be dispersed throughout the area spending their earnings or moving on to other pursuits. The 3rd shipment is likely to make its way to Creede after a short gun battle a few miles out of the camp.

Overton will continue to escalate the situation until he resorts to hiring murderous outlaws and gunman. Should they resort to outright killing, the encounter will bring the dispute to the attention of lawmen. Overton will eventually admit failure but not without a continuing fight.