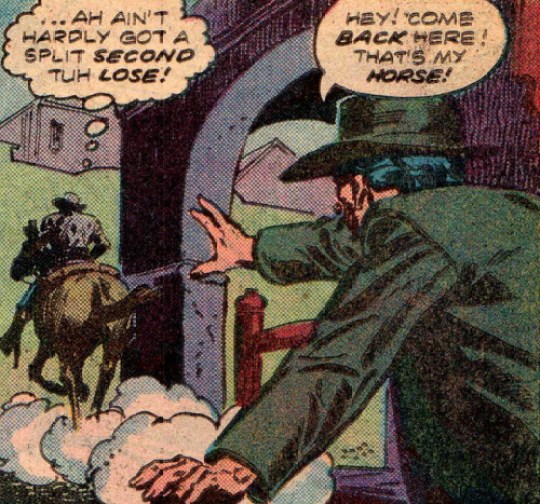 The crack of a gunshot interrupts the noise of the saloon in the Gold Hill Hotel. A woman screams. A man shouts to fetch the doc. Someone has been gunned down.

The PC’s are enjoying an uneventful night in Golden, Colorado when the gunshot interrupts the reverie. All the patrons spill from the door of the Gold Hill Hotel onto the street. A hundred yards away, a man writhes in pain on the ground surrounded by a number of onlookers. The glint of a badge reflects in the moonlight as Sheriff John McCoy arrives.

McCoy quickly takes stock of the situation as Dr. William Barnes arrives. After speaking with the man on the ground and conferring with the doctor, he turns to the crowd. “Folks, that no good, rotten son of a rattler Dan Wilson was trying to steal another horse. Gunned down Deputy Cobb.” He motions to the fallen deputy before point to a burly man nearby. “Lucas here saw everything and I’m going to need some help round him up.”

The PCs can either volunteer or be selected from the crowd. Wilson was not successful in getting away with the horse. Wilson has not yet left the town. Sheriff McCoy wants to temporarily deputize the PCs to track down Wilson. If they agree, a hasty plan to scout the town for the outlaw is drawn up.

Wilson is holed up in a barn on the outskirts of town. If cornered, he’ll surrender peacefully. If he believes he can escape, he is not afraid to engage in a gunfight with a single opponent.